Posted by peterrrose on 24/06/2017
Posted in: Addressing the Scriptures. Tagged: Gospel of Matthew, Kingdom of God. 1 Comment 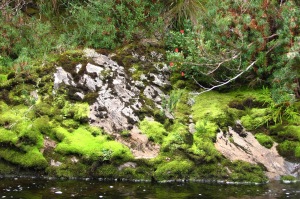 Matthew has presented these words of Jesus as a continuation of his instruction to his disciples before sending them out, two by two, to preach that “the kingdom of heaven is near” (Matthew 10: 7).

Jesus knew that, in some places, his disciples would encounter a hostile reception: “Brother will betray brother to death, and a father his child; children will rebel against their parents and have them put to death. All men will hate you because of me, but he who stands firm to the end will be saved” (Matthew 10: 21-22).

He knew too that they would also find some eager to hear the good news: “Whoever acknowledges me before men, I will also acknowledge him before my Father in heaven” (Matthew 10: 32).

The Gospel of Jesus Christ can be divisive, not necessarily because of what is contained in the message but because of the threat posed by the truth of that message to ways of living where self is intent on imposing its will over others, over institutions and over the created order.

The peace which Jesus proclaimed was peace between those who believed his message and God, and peace between fellow humans. Jesus would not tolerate peace with evil. Here there would be conflict, the “sword” of verse 34.

The person who believes the message of Jesus Christ must be willing to lose his or her life for Jesus’ sake (verse 39b). While this can require some of his followers to take up the cross, it will inevitably require of every follower that she or he yields, surrenders, “loses” her or his life, thereby allowing Jesus to live within that person. Only when Jesus lives within you will you find true life.

The lost sheep of Israel

Posted by peterrrose on 17/06/2017
Posted in: Addressing the Scriptures. Tagged: Acts of the Apostles, Gospel of Matthew, Israel. Leave a comment

1 He called his twelve disciples to him and gave them authority to drive out evil spirits and to heal every disease and sickness.

5 These twelve Jesus sent out with the following instructions: “Do not go among the Gentiles or enter any town of the Samaritans. 6 Go rather to the lost sheep of Israel. 7 As you go, preach this message: ‘The kingdom of heaven is near.’”

Jesus’ mission, assigned him by the Father while he was constrained to ministering from within a human body, was to “the lost sheep of Israel”. He reinforced this message in the presence of his disciples later when they were in Gentile territory, the region of Tyre and Sidon. Pestered by a Canaanite woman whose daughter was suffering from demon-possession, Jesus said to her, “I was sent only to the lost sheep of Israel” (Matthew 15: 24). It was only when that woman claimed some of the crumbs that fell from the Master’s table that Jesus perceived the depth of her faith and granted her request.

Following Jesus’ death and resurrection, however, the scope of his mission changed and so too did that of his followers. His “Great Commission” to his disciples (Matthew 28: 18-20) would have them go “to all nations”. The book of the Acts of the Apostles reaffirms this commission with Jesus telling his disciples, “you will receive power when the Holy Spirit comes on you; and you will be my witnesses in Jerusalem, and in all Judea and Samaria, and to the ends of the earth” (Acts 1: 8).

Our mission today is to all nations too; that must include those of our own nations who do not yet have a trusting personal relationship with Jesus. At the same time let us not overlook, in our prayers and in our evangelising, those who continue to be “the lost sheep of Israel”.

Make disciples … and then teach them

16 Then the eleven disciples went to Galilee, to the mountain where Jesus had told them to go. 17 When they saw him, they worshipped him; but some doubted. 18 Then Jesus came to them and said, “All authority in heaven and on earth has been given to me. 19 Therefore go and make disciples of all nations, baptising them in the name of the Father and of the Son and of the Holy Spirit, 20 and teaching them to obey everything I have commanded you. And surely I am with you always, to the very end of the age.”

The Church of God speaks to more than one audience and, when it does speak, it needs to realise which audience it is setting out to address.

This is not to say that the Church is at liberty to present a conflicted message. The message needs to be consistent so that the people of God truly represent Him whom they seek to serve. The way that the message is presented and the points of emphasis within it can be shaped, however, to ensure the message is relevant to and comprehensible to the specific audience for which it is intended. This is particularly the case when the Church is trying to reach those who are still outside it with the message of the Gospel of Jesus Christ.

As we read these last five verses of Matthew’s Gospel, we can recognise two audiences (at least): those represented by “all nations” and those who, having been baptised in the name of the Father and of the Son and of the Holy Spirit, are to be taught to obey everything commanded by Jesus.

“Make disciples of all nations” refers to people outside the Church. Possibly not everybody in “all nations” will respond positively and become a disciple. The “Great Commission” could be seen to exhort Jesus’ followers to make disciples from all of the nations, to go out to all the nations with the Gospel and to accept the fact that some in “the world” will reject the invitation and the teaching of Jesus.

“Teaching them to obey everything I have commanded you” refers to those from “all nations” who have become disciples and consequently have been baptised. The message for this audience, people who now wish to live lives that are pleasing to Jesus and that bring him joy, will take a different form from the message to those who remain in “the world”. We all know of situations where those in “the world” have heard, without understanding it, the message intended for those in the Church and have become even more resolved to reject God as a consequence.

Let us ask the Holy Spirit for the wisdom to guide us daily in our encounters with others, to show us the lives to live and the words to employ so that we present to them an attractive Gospel message. As a consequence, we pray, they will become open to responding to Jesus and then learning to obey everything Jesus has commanded. We pray that they will come to know the joy of Jesus’ presence with them always, to the very end of the age.

The gift of the Holy Spirit

Posted by peterrrose on 03/06/2017
Posted in: Addressing the Scriptures. Tagged: Acts of the Apostles, Epistles of Paul, Holy Spirit, Old Testament, Prophet. Leave a comment

1 When the day of Pentecost came, they were all together in one place. 2 Suddenly a sound like the blowing of a violent wind came from heaven and filled the whole house where they were sitting. 3 They saw what seemed to be tongues of fire that separated and came to rest on each of them. 4 All of them were filled with the Holy Spirit and began to speak in other tongues as the Spirit enabled them.
5 Now there were staying in Jerusalem God-fearing Jews from every nation under heaven. 6 When they heard this sound, a crowd came together in bewilderment, because each one heard them speaking in his own language. 7 Utterly amazed, they asked: “Are not all these men who are speaking Galileans? 8 Then how is it that each of us hears them in his own native language? 9 Parthians, Medes and Elamites; residents of Mesopotamia, Judea and Cappadocia, Pontus and Asia, 10 Phrygia and Pamphylia, Egypt and the parts of Libya near Cyrene; visitors from Rome 11 (both Jews and converts to Judaism); Cretans and Arabs – we hear them declaring the wonders of God in our own tongues!” 12 Amazed and perplexed, they asked one another, “What does this mean?”
13 Some, however, made fun of them and said, “They have had too much wine.”
14 Then Peter stood up with the Eleven, raised his voice and addressed the crowd: “Fellow Jews and all of you who live in Jerusalem, let me explain this to you; listen carefully to what I say. 15 These men are not drunk, as you suppose. It’s only nine in the morning! 16 No, this is what was spoken by the prophet Joel:

Allow the word of God to speak to you without elaboration.