A new teaching – and with authority!

Posted by peterrrose on 27/01/2018
Posted in: Addressing the Scriptures. Tagged: Gospel of Mark, Gospel of Matthew, Repent. Leave a comment 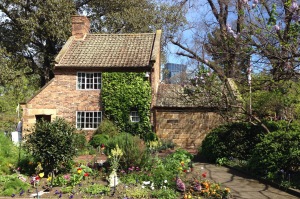 21 They went to Capernaum, and when the Sabbath came, Jesus went into the synagogue and began to teach. 22 The people were amazed at his teaching, because he taught them as one who had authority, not as the teachers of the law. 23 Just then a man in their synagogue who was possessed by an evil spirit cried out, 24 “What do you want with us, Jesus of Nazareth? Have you come to destroy us? I know who you are – the Holy One of God!”
25 “Be quiet!” said Jesus sternly. “Come out of him!” 26 The evil spirit shook the man violently and came out of him with a shriek.
27 The people were all so amazed that they asked each other, “What is this? A new teaching – and with authority! He even gives orders to evil spirits and they obey him.” 28 News about him spread quickly over the whole region of Galilee.

In the Gospel according to Mark, this was the first of several of Jesus’ mighty acts in Capernaum. In fact the people of Capernaum experienced so many of Jesus’ amazing signs that one would expect that, as a consequence, the town’s population would have placed their deep and abiding faith in him.

Regrettably this was not the case at all. Our Lord’s judgement on Capernaum is described in the Gospel according to Matthew (11: 20, 22-24):

Then he began to reproach the cities in which most of his deeds of power had been done, because they did not repent.
“And you, Capernaum, will you be exalted to heaven? No, you will be brought down to Hades. For if the deeds of power done in you had been done in Sodom, it would have remained until this day. But I tell you that on the day of judgement it will be more tolerable for the land of Sodom than for you.”

One would expect that Capernaum, home to several of Jesus’ key disciples, would have recognised the remarkable changes in the lives of these men and, as a consequence, would have been hugely supportive of the ministry of Jesus and his disciples when they travelled south from Galilee into Judea.

One would expect that the presence among the people of Capernaum of the Centurion, about whom Jesus said “I have not found anyone in Israel with such great faith”, would have been a reminder to them of Jesus’ deeds of power.

One would expect that the presence in Capernaum of those faithful men who lowered the paralytic through the hole in the house roof would have been a sufficiently effective witness in that town for people to put faith in Jesus.

Yet despite all the evidence that here among the people of that town was the Son of God, Capernaum did not repent.

We have even more evidence today than was available to the people of Capernaum: we have the evidence of the resurrection of Jesus after his crucifixion, death and burial.

Would Jesus compare you with the Centurion, about whom he had said, “I have not found anyone in Israel with such great faith”.

Or might Jesus compare you with the townspeople of Capernaum who, in spite of all the evidence, did not repent. 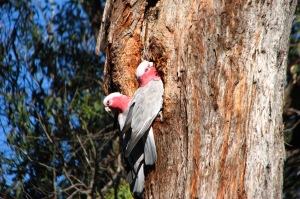 This Psalm is attributed to David. It appears that the Psalmist’s trust in God is unshakable however verses 3 and 4 reveal the exasperation and frustration he has suffered because of the devious and destructive efforts of others.

I can relate to this sentiment only too well. Can you? Confident that God is in overall control of his creation and that his will is going to prevail, no matter what befalls us, I still see ample evidence of the presence of evil and of the evil one’s endeavours to undermine God’s authority on earth.

Even my own life demonstrates the fallenness of the humans God has created. I “do not trust in extortion or take pride in stolen goods” (verse 10a), however I fail to love unstintingly all those around me and I continue to make judgements not worthy of a follower of Jesus Christ.

Using a figure of speech for emphasis that is characteristic of the Hebrew Scriptures, “one thing, … two things”, the Psalmist has proclaimed (verses 11 and 12) that God is strong and God is loving. We can accept this with “head knowledge” but how do we then absorb it so that it becomes “heart knowledge”, governing all that we think and do? The Psalmist seems to use repetition to achieve this: verses 5 and 6 echo verses 1 and 2 without entirely repeating them. The message is clear: God alone is his rock, his fortress and his salvation; so long as he rests (or remains) in God, he shall not be shaken.

This applies to us also. Only by remaining close to God through the reading of his word, through communing with him in prayer and through walking in obedience to him, relying on his Holy Spirit, are we able to resist the world.

Let us commit to memory the lines of verse 8 and resolve to live by them:

Trust in him at all times, O people;
pour out your hearts to him,
for God is our refuge.

Posted by peterrrose on 13/01/2018
Posted in: Addressing the Scriptures. Tagged: Gospel of John. Leave a comment 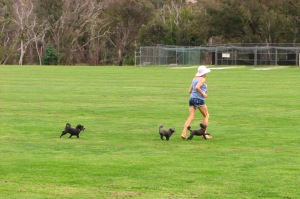 43 The next day Jesus decided to leave for Galilee. Finding Philip, he said to him, “Follow me.”
44 Philip, like Andrew and Peter, was from the town of Bethsaida. 45 Philip found Nathanael and told him, “We have found the one Moses wrote about in the Law, and about whom the prophets also wrote – Jesus of Nazareth, the son of Joseph.”
46 “Nazareth! Can anything good come from there?” Nathanael asked.
“Come and see,” said Philip.
47 When Jesus saw Nathanael approaching, he said of him, “Here is a true Israelite in whom there is nothing false.”
48 “How do you know me?” Nathanael asked.
Jesus answered, “I saw you while you were still under the fig-tree before Philip called you.”
49 Then Nathanael declared, “Rabbi, you are the Son of God; you are the king of Israel.”
50 Jesus said, “You believe because I told you I saw you under the fig-tree. You shall see greater things than that.” 51 He then added, “I tell you the truth, you shall see heaven open, and the angels of God ascending and descending on the Son of Man.”

The Gospel according to John has described (1: 35-37) how two of John the Baptiser’s disciples began to follow Jesus. When they asked him, “Rabbi, where are you staying?” Jesus replied, “Come, and you will see.” One of those was Andrew, Simon Peter’s brother. The other remains unnamed. Without any delay, Andrew found his brother and brought Simon Peter to Jesus.

The passage above describes the events of the very next day. Whereas it was Jesus who found Philip and invited him to follow, Philip was the one who then found Nathanael, in much the same way that, on the preceding day, Andrew had found Simon Peter and spoken to him of his conviction that “We have found the Messiah” (1: 41).

“Come and see!” is an invitation that we too can usefully apply. Whether we wish to invite somebody to an activity in our church building, to a chat over coffee or to a discussion intended to have Christ as its focus, it allows the invited one to gather more information, to observe and assess before making a decision and to “measure-up” the situation before considering any commitment.

We need to invite with sincerity and with the enthusiasm of the disciples of Jesus who, as they spoke, believed they had found something worthwhile and worth sharing. Extend your invitation to somebody today!

Posted by peterrrose on 06/01/2018
Posted in: Addressing the Scriptures. Tagged: Gospel of Mark, Holy Spirit, John the Baptiser, Prophet, Trinity. Leave a comment 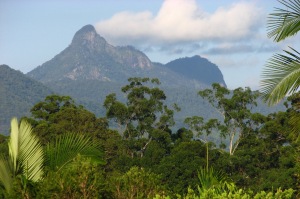 4 And so John came, baptising in the desert region and preaching a baptism of repentance for the forgiveness of sins. 5 The whole Judean countryside and all the people of Jerusalem went out to him. Confessing their sins, they were baptised by him in the Jordan River. 6 John wore clothing made of camel’s hair, with a leather belt round his waist, and he ate locusts and wild honey. 7 And this was his message: “After me will come one more powerful than I, the thongs of whose sandals I am not worthy to stoop down and untie. 8 I baptise you with water, but he will baptise you with the Holy Spirit.”
9 At that time Jesus came from Nazareth in Galilee and was baptised by John in the Jordan. 10 As Jesus was coming up out of the water, he saw heaven being torn open and the Spirit descending on him like a dove. 11 And a voice came from heaven: “You are my Son, whom I love; with you I am well pleased.”

Two weeks ago we considered the clear reference to the Trinity, in the Gospel according to Luke (1: 26-38), when the angel Gabriel announced to Mary that she would give birth to a son and name him Jesus. Here, in the first chapter of the Gospel according to Mark, we see another clear reference to the Trinity, as if Mark was determined to herald the commencement of the public ministry of Jesus with an unambiguous statement of the intimate relationship shared between the Father, the Holy Spirit and the Son.

Even today there are those who follow John rather than Jesus. This indicates how easily we humans may be confused or distracted by the deceits of the Evil One. Although John expressed clearly his role as preparing for the Messiah who was to follow, some people prefer to trust in John rather than in the One who, on that significant occasion of his own baptism, was acclaimed by God to be His Son, whom He loves and with whom He is well pleased.

Where do you place your trust? Is it in God’s beloved Son with whom the Father is well pleased?