Posted by peterrrose on 25/11/2017
Posted in: Addressing the Scriptures. Tagged: Gospel of Matthew, Praise, Prayer, Righteousness. Leave a comment

To distinguish between sheep and goats, I was told in north Africa, look at the tails. The tails of goats point upwards, the tails of sheep hang down.

In this passage Jesus was not concerned about sheep and goats. Their mention is illustrational. In alluding to the end-times, Jesus provided significant insights regarding his true identity:

Jesus has already told his disciples, “… this gospel of the kingdom will be preached in the whole world as a testimony to all nations, and then the end will come” (Matthew 24: 14).

I thank God for the United Bible Societies and for all Bible translators and distributors who strive to bring the gospel of the kingdom to all nations in their own languages. Let us support them in prayer and practically – “… and then the end will come”.

What has God entrusted to you?

Posted by peterrrose on 18/11/2017
Posted in: Addressing the Scriptures. Tagged: Epistle of James, Gospel of Matthew, Holy Spirit. Leave a comment

(Jesus continued:) 14 “Again, it will be like a man going on a journey, who called his servants and entrusted his property to them. 15 To one he gave five talents of money, to another two talents, and to another one talent, each according to his ability. Then he went on his journey. 16 The man who had received the five talents went at once and put his money to work and gained five more. 17 So also, the one with the two talents gained two more. 18 But the man who had received the one talent went off, dug a hole in the ground and hid his master’s money.
19 “After a long time the master of those servants returned and settled accounts with them.

24 “Then the man who had received the one talent came. ‘Master,’ he said, ‘I knew that you are a hard man, harvesting where you have not sown and gathering where you have not scattered seed. 25 So I was afraid and went out and hid your talent in the ground. See, here is what belongs to you.’
26 “His master replied, ‘You wicked, lazy servant! So you knew that I harvest where I have not sown and gather where I have not scattered seed? 27 Well then, you should have put my money on deposit with the bankers, so that when I returned I would have received it back with interest.
28 “‘Take the talent from him and give it to the one who has the ten talents. 29 For everyone who has will be given more, and he will have an abundance. Whoever does not have, even what he has will be taken from him. 30 And throw that worthless servant outside, into the darkness, where there will be weeping and gnashing of teeth.’”

Some are shocked by this parable. A possible reason could be a sense of egalitarianism which takes issue with the master’s order that the one talent be taken from the servant who had hidden it in the ground and be given to the servant who had ten talents.

Perhaps such a reading overlooks the fact that the master entrusted his own property to his servants for them to steward on his behalf. The ownership of the property remained with the master.

As sojourners on planet earth, we might claim ownership to property, goods, artistic creations and ideas. With sober reflection on this “ownership”, we realise we cannot possess such items beyond our human death. We are in fact stewards of whatever we have, stewards for a limited time. The real owner can only be the one for whom time holds no limits: God.

Through this parable Jesus has encouraged the wise use of the variety of talents which have been entrusted to each one of us. We are to use our abilities to make use of our own talents in accordance with the purpose of the giver who is, of course, God. In the Epistle of James, there is a pertinent example to remind that we are wisely to employ our abilities, talents and giftings and not misuse them: (3: 1).

Not many of you should become teachers, my fellow believers, because you know that we who teach will be judged more strictly.

We could expect the same to apply to a wide range of abilities, talents and giftings. Let us seek the Holy Spirit’s guidance in order to put to God’s use what he has entrusted to us.

Posted by peterrrose on 11/11/2017
Posted in: Addressing the Scriptures. Tagged: Epistles of Paul, Gospel of Matthew, Love, Love your neighbour. Leave a comment 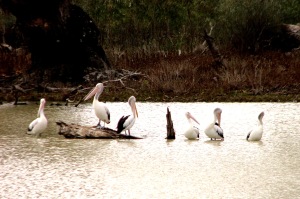 9 Now about (love of brothers and sisters) we do not need to write to you, for you yourselves have been taught by God to love each other. 10 And in fact, you do love all of God’s family throughout Macedonia. Yet we urge you, brothers and sisters, to do so more and more.
11 Make it your ambition to lead a quiet life, to mind your own business and to work with your hands, just as we told you, 12 so that your daily life may win the respect of outsiders and so that you will not be dependent on anybody.

The English word “love” appears twice in verse 9. In the original Greek, the Apostle Paul used two different words: first “philadelphia” and next “agape”. To quote Leon Morris*, “agape” is “the attitude of benevolence toward all which must characterise those who have experienced the agape of God. Love such as this should be exercised by the Christian toward all (people), including fellow Christians, irrespective of their merit or lack of merit.” Jesus’ answer in Matthew’s Gospel to the lawyer who asked him about the greatest commandment made reference to agape love in respect of both loving the Lord your God and loving your neighbour.

The use of “philadelphia” in writings other than in the New Testament referred to the love shared between the children of one father however its New Testament use describes the love uniting Christians one to another. Paul acknowledged the love that the Thessalonians had for all of God’s family throughout Macedonia (also translated by the NIV as “all the brothers throughout Macedonia”). Having recognised it and referred to it in this letter, Paul then encouraged his readers to love more and more. The inference here is that there is no pre-determined limit to love. One cannot achieve a “pass-mark” in love, for example, by reaching 51 per cent!

As we reflect on the different Christian communities in which each of us gathers, to what extent is love the defining characteristic? To what extent is love within each and every community boundless? How are we to love the person with whom communication is difficult or conversation awkward? Does it help us to try to see that person through Jesus’ eyes? Jesus wants that person to be a member of the same heavenly kingdom to which he is calling you and me. Siblings together, children of the same Heavenly Father, can we strive with greater determination to put aside differences and to engage on the common ground of love for our Lord and Saviour Jesus Christ?

Posted by peterrrose on 04/11/2017
Posted in: Addressing the Scriptures. Tagged: Gospel of Matthew, Isaiah, Judgement, Old Testament. Leave a comment

37 “O Jerusalem, Jerusalem, you who kill the prophets and stone those sent to you, how often I have longed to gather your children together, as a hen gathers her chicks under her wings, but you were not willing. 38 Look, your house is left to you desolate. 39 For I tell you, you will not see me again until you say, ‘Blessed is he who comes in the name of the Lord.’”

I have to admit that, in the past when I have read aloud the verses that precede this passage, I have attributed to Jesus a tone of righteous anger. I imagined that, when Jesus pronounced those “seven woes” (verses 13-36), he did so with stern countenance and an accusing finger pointing at those teachers of the law and Pharisees!

But could it be that Jesus’ tone was altogether different? Instead of being accusatory, could he have been speaking in anguish, lamenting the role of the teachers of the law and Pharisees in not properly interpreting to the common people the commands and intentions of YHWH? Was he agonising over the failure of God’s chosen people to truly understand God’s purposes for them?

The prophets had bemoaned the fate of Jerusalem in past centuries. As an example, see Isaiah 64: 10-11:

Your sacred cities have become a wasteland; even Zion is a wasteland, Jerusalem a desolation.
Our holy and glorious temple, where our ancestors praised you, has been burned with fire,
and all that we treasured lies in ruins.

On the occasion described by Matthew, was Jesus anticipating the destruction of the temple in 70 AD? Was he anticipating future disasters in Jerusalem of similar severity?

The mothering nature of the Triune God is evident in his yearning for the people of Jerusalem to return to the God who loves them so much: “how often I have longed to gather your children together, as a hen gathers her chicks under her wings, but you were not willing.” Jesus, one with the Father from the beginning, knew intimately the tragic history of the religious and secular rulers in this city and how they had killed the real prophets whom God had sent to correct them.

Jesus knew that he too would have to bear the fate of being killed in Jerusalem in order to draw the people of Jerusalem to himself. He had alluded to it in parables (for example, in the parable of the tenants in Matthew 21: 33-46).

Figuratively speaking, today Jesus is put to death every day in every city around our fallen world. I am sure that Jesus agonises as a mother over all communities which reject him or give him only luke-warm obedience.

Let us each re-commit ourselves to be willing to gather under his comforting wings and to place full trust in God and God alone.